Connecting to the universal energies!

Posted by Cilla Conway in Uncategorized on Nov 17, 2014 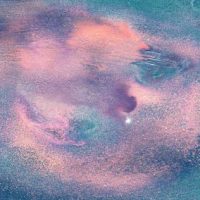 It was raining all morning, which I found slightly dispiriting – but at the same time, I was aware that as far as the Devas are concerned, the rain is never negative. In fact we all need the rain, and the earth looks much happier for it. Even in Britain, which most people think of as having constant rain, we are becoming aware that water is precious – that it has to be conserved and valued.

In Deva terms, water is about flow – not letting obstacles get in your way. Allowing ourselves to move with the current instead of fighting it. So thought for the day – let ourselves flow with our emotions, express them freely to ourselves, and move on. We then become free, part of the elements.

The latest fun thing for the government is fracking – cash castles are building, stack upon stack, in the air above them. The fact that it might mean poisoned water or some real catastrophe for future generations is beside the point – they can cash in on the bonanza.

I asked the Devas what their ‘thought for the day’ was in terms of fracking and water, and the answer was Mickael, warrior of the light. The group I’m aware of that is really actively addressing the Fracking issue is the Warrior’s Call (check out their facebook page).